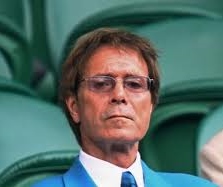 At least in Afghanistan there’s less chance of being caught up in a sing-a-long.

The Chancellor, George Osborne, will today announce the latest Spending Review in Parliament which will detail £11.5bn of cuts to Whitehall budgets. One of the more controversial aspects of this plan is the disbanding of the Royal Marines and their replacement with Wimbledon ball boys.

“The Royal Marines hold a unique position both in the military, and in public affection,” said Osborne. “They are incredibly effective at what they do and incredibly well-trained. Unfortunately they are also incredibly expensive.”

Idly channel-surfing as he wondered how to solve the problem the Chancellor came across coverage of Wimbledon and the answer came to him in a flash.

“I realised that all the things people praise in the Royal Marines: dedication, physical fitness, discipline, smart uniforms and teamwork were present in ball boys too and that while the Royal Marines want things I no longer wish to budget for like wages and accommodation these Wimbledon kids require only a free lunch and live with their parents thus saving the MoD millions. Plus they can already march so that means basic training will be shorter and cheaper.”

“A couple of my colleagues have questioned whether it is appropriate to send a bunch of teenagers into a war zone armed with tennis balls and a Ralph Lauren uniform consisting of shorts and a polo shirt. But to them I say that there are teenagers serving in Afghanistan right now who we’ve equipped with substandard kit so this is simply a case of maintaining things as they are.”

Absorbing Wimbledon ball boys into the armed forces has resulted in one unexpected expense however George Osborne insisted that spending £50m on camouflaged bottles of barley water was entirely necessary to ensure peak combat performance.

“I’ll just cut something else to cover it,” he said casually, looking at a budget sheet. “What’s wounded and veteran support? Sounds like shirking to me. I’ll get Atos onto it and see if we can’t save ourselves some real money.”

Comments Off on Defence latest: Royal Marines to be replaced by Wimbledon ball boys