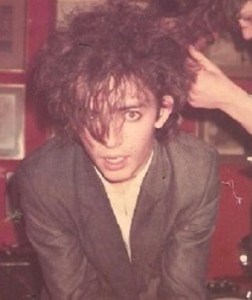 Village Goth Josh Fenning has welcomed plans by the police to start recording the many, many crimes committed against him.

Fenning claims to be the victim of a sustained campaign by ‘shadowy elements’ in Harold, including ‘the mood in the pub’, his broadband provider and ‘whoever keeps leaving him milk’.

“Barely a day goes by when Fenning doesn’t come and report some perceived crime against him”, said PC Anita Flegg. “I suppose officially, I ought to start writing them down.”

The catalogue of atrocities against Fenning include ‘hassled by pigeons’, ‘yoghurt was off’ and ‘bus driver being a nob’, according to his own extensive diary.

Flegg isn’t sure if some of the ‘crimes’ aren’t imagined, but promised to at least give the impression she cared.

“While I sympathise with his view that ‘the whole world is against him and girls laugh at his trousers’, some of these crimes aren’t crimes at all”, insisted the village’s bobby.

“Yoghurt goes off, pigeons are twats. And the bus driver was bound to say something eventually, with Fenning always moping about in his stop. In those trousers.”

Under the new policy, Flegg is already cataloguing a list of hate crimes against the young goth.

“Only this morning, I witnessed someone call him a ‘mental little prick’, so I wrote it down in my official Goth book”, confirmed Flegg.

“It says here that the culprit was a ‘nice police lady at end of tether’, what the fuck does he mean, ‘that statue looks at me funny?’”

Comments Off on Police to record crimes against village Goth