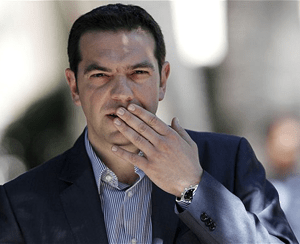 Greek Prime Minister Alexis Tsipras has been greeted as a ‘true European’, after entirely ignoring the will of his people.

Despite a referendum vote to reject a punitive settlement, Tsipras agreed to a more punitive one so that some Germans would like him.

“This is exactly what the European Union is all about”, said EU president Claude Juncker. “We ask the people, and then we listen to the banks.”
END_OF_DOCUMENT_TOKEN_TO_BE_REPLACED