Nominations announcement soon for Police ‘Lie of the Season’ 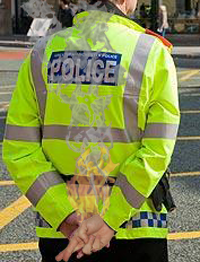 Results will be altered and covered up in time for award ceremony.

The prestigious 2013 National Police Lying awards ceremony will be held at the O2 arena later this month and with only days left until nominations close, excitement is building.

Contenders for the headline Lie of the Season award will certainly come from amongst the numerous plebgate participants but the smart-money is awaiting the outcome of this week’s Home Affairs Select Committee. Committee Chair Keith Vaz MP will find himself in the unusual role of ‘the nice one’.

Sergeants Stuart Hinton and Chris Jones, who are expected to put in yet another stirring performance at Westminster, may later have the opportunity of reprising it 12 miles away at Wormwood Scrubs; to Big Ron on the landing of E wing.
END_OF_DOCUMENT_TOKEN_TO_BE_REPLACED