Chaos at office after colleague brings in camel for ‘Secret Santa’ 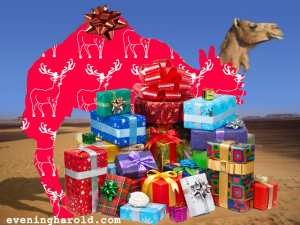 An office worker was facing disciplinary action today after the act of bring a fully-wrapped camel into work for the “Secret Santa”.

In unprecedented scenes, the camel managed to burst out of its wrapping before even half the presents had been opened, ate most of the other gifts and bit the head of Human Resources on the leg.

Brian Renfrew, a business analyst for a shipping company in the UK town of Harold, explained to our reporter that he had not originally intended to purchase the camel.

“I was in the pub last night when I suddenly remembered the office Secret Santa was first thing this morning,” he explained miserably. “I thought I was stuck, then I got into a chat with this bloke at the bar who said he had a camel.”

END_OF_DOCUMENT_TOKEN_TO_BE_REPLACED 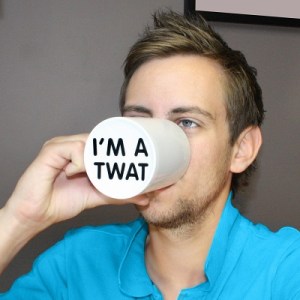 Morale of many UK workers is at an all-time low after the office Xmas Party season generated next to no complaints of sexual indiscretions, punch-ups, and inappropriate Secret Santa gifts. With the traditional January pastime of gossiping over the progress of colleague’s disciplinary proceedings under threat, there is widespread fear amongst employees that they will have to spend the month actually doing work.

The sudden drop in complaints has caught HR specialists by surprise, with a variety of theories advanced to explain the worrying phenomenon.
END_OF_DOCUMENT_TOKEN_TO_BE_REPLACED

Filed under Around Harold, Christmas, Culture