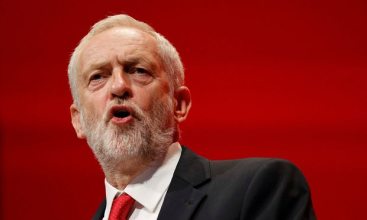 Jeremy Corbyn has relaunched Labour as an electoral force by calling for an end to coherent policy making and representing the views of Remainers such as, for example, sixty-five per cent of Labour voters.

“Labour now stands for the values of not being wedded to policies and mis-speaking,” he said in a landmark speech. “Let me be perfectly unclear and then let me be so again on the Today programme and again on World at One and maybe even Sky News.” END_OF_DOCUMENT_TOKEN_TO_BE_REPLACED

Comments Off on Corbyn calls for cap on coherent policy making