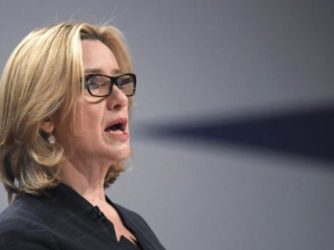 “The less I know, the better I like it. Don’t bother me with facts.”

“I was sitting at my desk with my fingers in my ears and my eyes shut as usual, when I had an epiphany” said the Home Secretary today. “Like when I decided to have rich parents, it was a no-brainer. With no link between police numbers and crime it didn’t make sense for me to have armed officers ‘protecting me’ 24/7, so I asked Cressida Dick to move them to other duties. The Downing Street coppers are going next week and traffic police by the end of June.”

Rudd has a no-nonsense approach to work, born out of her down-with-the-kids schooling at Cheltenham Ladies’ College. Although she went on to read History at University, Rudd believes learning from the experience of others is futile. “No, I much prefer to learn from my own foolish END_OF_DOCUMENT_TOKEN_TO_BE_REPLACED 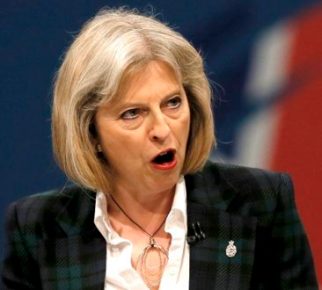 Does anyone know who this dreadful Home Secretary was?

Theresa May says although the current Home Secretary Amber Rudd is doing a fine job, David Cameron’s choice was “dreadful, a disaster who missed every major target for over seven years”.

Mrs May vowed to reverse the un-named woman’s worst decisions, starting with the huge cuts in Police funding.

“Clearly, she wasn’t up to it. The instant she moved on, Amber, an altogether more capable woman, got the job.”

It’s not only security failures says May, who accused the last two governments of “being asleep at the wheel” END_OF_DOCUMENT_TOKEN_TO_BE_REPLACED