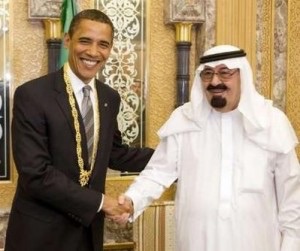 Western leaders have confused the rest of the world by paying their deepest respects following the death of a radical Muslim leader.

Saudi King Abdullah bin Abdulaziz died in hospital after a short battle with modernisation, which he lost when he took a dose of human rights abuses.
END_OF_DOCUMENT_TOKEN_TO_BE_REPLACED