Owen Smith sacked for having idea that makes Labour electable 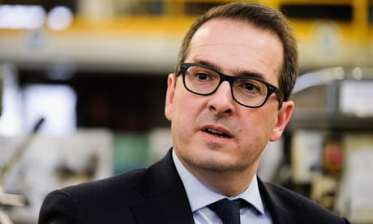 Owen Smith: if he was serious about Brexit he’d have something written on the side of a bus

Jeremy Corbyn last night sacked Owen Smith from the Shadow Cabinet for suggesting an idea that could win Labour votes.

“I’m not having that,” Corbyn said. “If Her Majesty’s Opposition started opposing Brexit then where would we be? I’ll tell you, in power and none of us want that it would dramatically reduce the hours we could spend infighting.”

“The Shadow Cabinet operates through collective responsibility and Owen Smith was sacked for deliberately undermining it,” he said. “I will not tolerate rebels. I was told the other day that there’s one MP who has voted against the party 617 times and that’s unacceptable.”