Brexit invoice ‘to be forwarded to David Cameron’ 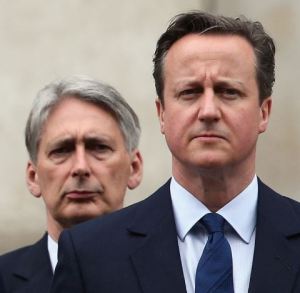 Tory Chancellor Philip Hammond may be dreaming up secret plans to get former PM and Chief Engineer of National Division David Cameron to cough up for his treachery and pay the Brexit Bill in full on behalf of the UK people.

“It’s all very well Cameron saying Oh sorry, that didn’t go to plan, byeee,” Hammond told Mrs May, “but he still has to take his share of the responsibility, which is…” pausing to consult his calculator, “one hundred percent of it.”

But David Cameron already has his own plans in place for his brother, Alexander Cameron QC, to take the case to the Highest Court in the Land if necessary, to claim a 50% discount under the so-called William of Orange Clause and get Nigel Farage to pay the other half.

“Farage will of course just put it down as expenses on his next bill to Donald Trump,” Hammond continued. “What will Trump do? Well, he’ll probably claim it back from the Mexicans, but they’re not bothered because they’ve got massive insurance against that sort of thing with The London Assurance Consortium, which, as you know, is under-written by the UK government, thereby causing both a total financial crash and me to fall off this cliff again.”

Hammond woke suddenly in a sweat. “Why do all my dreams keep ending like this?”

2 Responses to Brexit invoice ‘to be forwarded to David Cameron’