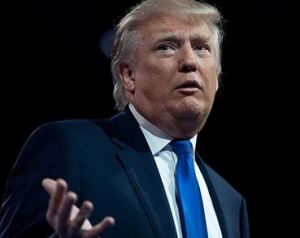 The White House was in meltdown today following President Trump’s tweet “OMG I lost the codes!” only hours before he was due to declare all-out nuclear war on N Korea.

“These things happen,” he tweeted.

Working on the theory the codes may have been stolen by a pickpocket working for the enemy, all of Trump’s fingers were pointing at a single suspect.

“Crooked Hillary!” he tweeted. “Have authorised water-boarding. If that doesn’t work, we have other ways of making her shut up.”

Shortly after, he posted an update. “Just remembered I put them in contacts. Bit weird I had two missed calls from that number.”

Some sense of reassurance, that a nuclear explosion based rearrangement of the Earth’s crust, stunning as that might have looked in photographs taken from space, had been postponed for one more day, returned to mankind with Trump’s final tweet of the evening.

“Forgotten what I wanted them for now. Nighty night folks.”