Daily Mail regrets not being more critical of Jeremy Corbyn 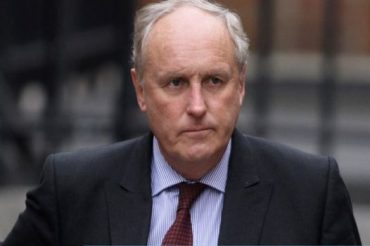 Made no mention of paedophilia

Paul Dacre has concluded he might have been more critical of  Jeremy Corbyn, by at least hinting at the Labour leader’s support for paedophilia.

“It’s a weakness of mine, I guess.” confessed the Daily Mail Editor, after a weekend of rare introspection, “By always looking for the best in people, I may have let Corbyn off the hook, by mistake.”

“Yes, we said he’s a terrorist supporter and although we couldn’t prove it, reading between our lines it was clear he was behind the recent terror attacks, even if he didn’t actually take part.”

“But where were our reports of his domestic violence, drug-smuggling, and unhealthy interest in young boys? I have to take responsibility,” he said tearfully “those failures were all mine.”

Dacre also admits the Mail didn’t support Theresa May sufficiently. “We did say that she was the greatest living Englishwoman, who alone could deliver a Brexit worthy of my employer’s tax-dodging. Not once, however, did we report on her healing lepers, raising the dead, or maintaining your house prices.”

“Britain deserves better than this. We must try harder next time.”