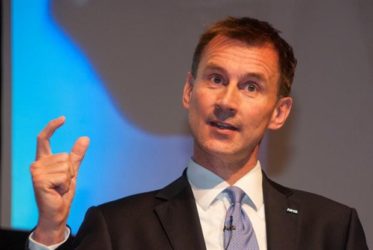 Compared to what I’ve planned, my previous cuts are tiny

The NHS will get bigger doses of the same medicine “but only if the public choose us again” said Jeremy Hunt, adding “What hasn’t killed you is obviously not yet strong enough.”

Speaking on the Andrew Marr Show this morning, Mr Hunt said that doctors, nurses, and support staff will only deliver first rate services if their hopes and dreams are further crushed, beneath the heel of an immensely wealthy man who doesn’t have to use them himself.

“It’s no use having a Health Secretary who depends on the NHS for his own healthcare” he said “Otherwise he might be swayed by issues of self-interest, such as being seen within 4 days when he turns up at A&E with a broken jaw, an axe in his head, or a rectally inserted junior doctors’ contract.”

“Might I interest you in some slightly out of date marmalade, Andrew?”