Threatening the other side “a good negotiating strategy” says May 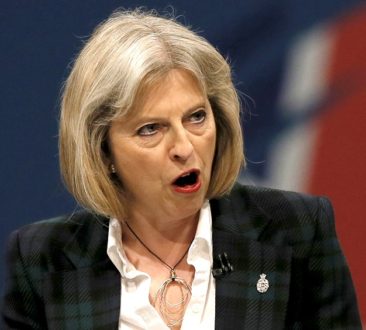 Come on then, Juncker, if you think you’re hard enough

Theresa May says firing off threats and insults is the bedrock of successful negotiations and so she’ll be a “bloody difficult woman” towards Jean-Claude Juncker during Brexit talks.

Reviving a line used during her leadership campaign, when she didn’t need opponents to like her afterwards, she added “Come on then Juncker, if you think you’re hard enough!”

“When I was a senior advisor in the money shuffling business” said Mrs May “I advised clients to shout across the table as soon as their opposite number entered the room – ideally before they’d taken their coats off.” adding “No, I wasn’t that successful, now you mention it.”

The PM also said she would have “no intention of doing anything other” than serving a full term until 2022 if she wins the 8 June general election, leading to speculation about another election sometime next year.