James Delaney to stand for Labour in Stoke by-election 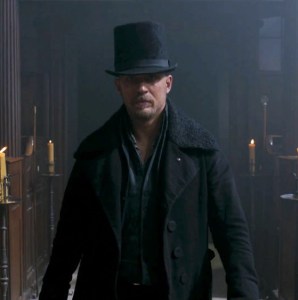 He’s actually running for two seats. One for him. One for Hat.

Well-travelled London businessman, James Keziah Delaney, has announced that he is to replace Gareth Snell as the Labour candidate in this week’s by-election.

“I have sworn to do very foolish things,” Delaney grunted from atop a massive white horse. “People who do not know me soon come to understand that I do not have any sense.” He went on to explain that he “knows things about the dead” which is why he’s so attracted to a divided Labour Party predicted to suffer an historic defeat at the next general election.

While a lot of voters are welcoming a candidate who clearly knows his own mind and is not afraid to get his hands dirty some are questioning Delaney’s fitness to hold office due to his complicated relationship with his half-sister, murky past, and penchant for shamanistic ritual.

Delaney responded to critics by saying: “I witnessed and participated in darkness that you cannot conceive but at least I know whether or not I was at Hillsborough.” He then addressed rival candidate Ukip’s Paul Nuttall directly: “I suggest that you leave Stoke very quickly and very quietly or you can stay for the extreme electoral violence that is coming your way.”

Finally he demanded that all further questions are directed through Atticus, his election agent and then galloped off yelling “Send me Jeremy Corbyn! I have a use for him.”