Rabbits commemorate death of Richard Adams by f*cking all day 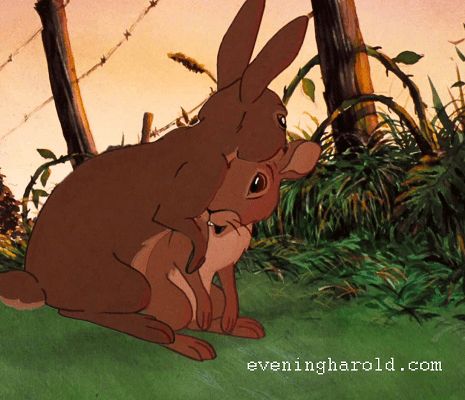 Rabbits everywhere plan to mark the death of Watership Down author Richard Adams by having sex enthusiastically all day, it has been revealed.

Adams died on Christmas Eve aged 96. His famous rabbit novel, first published in 1972, became one of the bestselling children’s books of all time, selling tens of millions of copies.

As the sad news sunk in, burrows and warrens across the country fell silent today, apart from the faint sound of frenzied bunny intercourse.

“It’s a sad blow for all of us,” said Cowpat, a four-year-old buck from a warren near Honiton in Devon.

“I personally plan to commemorate his passing by shagging anything that moves until I fall asleep, after which I’ll nibble a carrot and start again.”

Buttock, a two-year-old white doe from Sussex, added: “My heart has joined the thousand, for my friend stopped running today.”