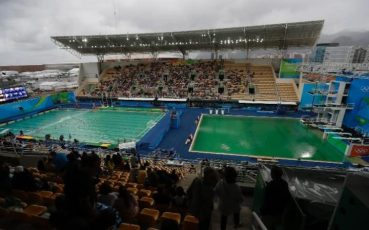 In a blistering editorial the Guardian today claims that the only possible for reason for the swimming pools at the Rio Olympics to have turned green is because “Jeremy Corbyn’s made them all bollocks like demonstrating his unfitness to lead the Labour Party and offering further proof that he’s a massive, massive git-whistle.”

This opinion is reinforced in a column in which Polly Toynbee bleats that the “dismal, lifeless, spineless” water will only become blue again if Corbyn is stopped. While the rest of the paper gives itself over to clickbait articles on the racist and misogynistic implications of the Corbyn-created horror in which able-bodied men, some of whom are both white and straight, are daring to excel.

So far the Guardian claims that Corbyn’s satanic powers are only present in the water however they are expected to change their mind the moment British athletes start losing in the track and field events.