Labour MPs turn backs on serving country to serve only themselves 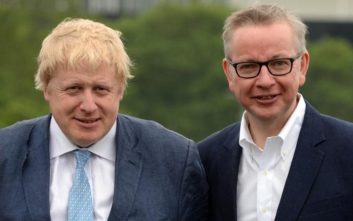 How can you miss an open goal as big as these two egos?

The vast majority of Labour MPs have today confirmed that they will no longer be serving their constituencies and the country as a whole and from now on will be one hundred per cent focussed on their own narrow interests and financial futures.

“Real politics is fierce difficult,” Hilary Benn told us. “That’s why none of us want to do it. I know we could be providing both opposition and stability at this uniquely difficult time. We could also unite to get the message across that the problem isn’t Europe it’s austerity and call the Tories to account for the lies they’ve told and the communities they’ve destroyed since Thatcher’s time. However that takes sustained effort whereas a long lovely fight between ourselves is easy and so much more fun.”

“The Brexit crisis is complex and to be honest none of us are that interested,” said Angela Eagle. “Imploding as a parliamentary party is simple and we all still get to go on Today and pontificate.”

Outside of the House an observer who gave his name only as Mr A.C.L Blair said that he is delighted with the MPs’ behaviour and is looking forward to next week when thanks to their efforts the Chilcot Report will be published almost entirely without comment.