Larry the cat will be in place as Prime Minister in days, Cameron confirms 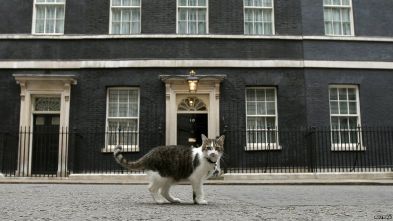 We think he’ll do a purrfect job. Purrfect, get it? Purrfect. Please yourselves.

Speaking to a packed House of Commons David Cameron has confirmed that in order to provide the nation with leadership and stability Larry the cat, currently in post as Downing Street’s top mouser, will be Prime Minister very soon.

“This country is divided and facing economic armageddon,” Cameron said from the dispatch box. “I don’t know why everyone’s pointing and jeering as if that’s somehow my fault. Anyway, we need a strong leader and Larry is by some margin the most capable and popular member of this government. Plus no one knows who his dad is so there’s no Panama-style revelations lurking in any closets there.”

After he’d woken up from his eighth snooze of the day and stopped licking his jumble-giblets in front of the cameras Larry told a press conference that he had accepted this new appointment. “I am honoured to lead both the party and the country that I love,” he said. “As a cat I am inherently selfish, vain, and unspeakably cruel to anything smaller and weaker than I am. I am the ultimate Tory and look forward to imposing these values on the rest of you for your own good.”

Comments Off on Larry the cat will be in place as Prime Minister in days, Cameron confirms