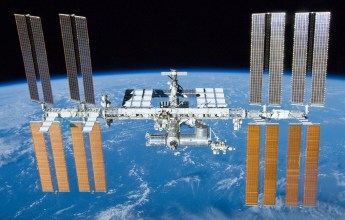 You stay floating round your tin can, Major Tom, er, Tim

British astronaut Tim Peake is declining to return to Earth from ISS tomorrow as scheduled saying that he’s been watching the news and is going to “stay up here where everything’s lovely and peaceful, thanks.”

“From where I am the world is beautiful,” he said. “But up close it’s getting extremely ugly.

Tim the enchanter of millions on social media has been on board the International Space Station since December and while he’s been away from the place Earth has taken a turn for the worse becoming less One-Hundred Acre Wood and more Westeros on an especially bad day.

“Life on ISS is cramped and unendingly tough both physically and psychologically plus I’m eating paste and the toilet arrangements are a nightmare,” he said. “However it’s infinitely preferable to life on Earth and being asked if I’m voting Brexit or Remain the second I land.”