No mention of Elton John and David Furnish in Panama Papers 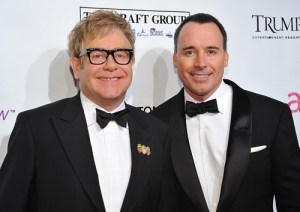 Celebrity couple Elton John and David Furnish are not named in the Panama Papers, putting to rest internet rumours that their affairs were not in order.

Both John and husband Furnish were trending on Twitter, leading to speculation they were trying to cover up secretive transactions in Panama. But it now seems it was a simple misunderstanding leaving many people embarrassed at how they jumped to conclusions.

Local businesswoman and internet commentator Brenda Ferguson admitted she was caught out, “As soon as I saw their names trending on social media, I thought ‘hello’, is Elton involved in a bit of Caribbean jiggery-pokery? A quick Google search revealed David handled all their affairs, and everything was UK-based with no suggestion whatsoever of any tax avoidance.”

“In fact the couple’s affairs were entirely squeaky clean – as if they’d been cleansed in a pool of olive oil, metaphorically speaking.”

A spokesman for the celebrity couple said the Panama Papers case showed the extreme lengths the rich and famous go to avoid scrutiny, and he is pleased his clients weren’t involved in any scandalous cover-up.

“It just goes to show the wisdom of Mr Furnish’s ‘belts and braces’ approach where he was always careful to conduct affairs with his two advisers “, said the spokesman.