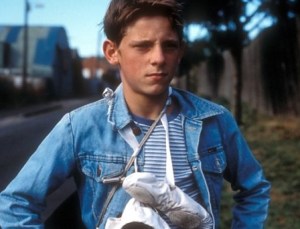 The government has this morning issued guidance to the people of Port Talbot who are facing the loss of 15,000 jobs due to the British steel industry being swapped about the globe then discarded like a crap pog in a nineties playground: get dancing.

“We’ve all seen that wonderful documentary Billy Elliot,” said a Number 10 insider. “A gritty insight into ‘the north’ and one which shows how people can improve their lot through ballet.”

“So we’re saying to the steel workers, stop moaning, don’t you dare think of shirking, grand jeté yourselves up by your bootstraps and become a hard working, tax paying corps de ballet that does right by its country by making a contribution.”

Business Secretary Sajid Javid who cares so much about British industry he chose to miss negotiations with Tata Steel yesterday and jet off to Australia on a tax payer funded jolly said, “It’s brilliant here. It’s their autumn but it’s still so sunny. What? Port Talbot? Yeah, yeah, Gold Coast right? When we leave Sydney me and my mates are going to head up there and surf. The Steel Industry? Never heard of it but I only like chart stuff.”