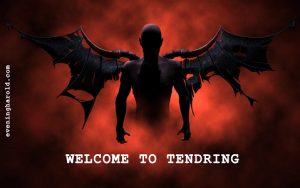 The news that a local council in Essex is proposing to charge old people £26 to come round and pick them up after a fall is the final proof that mankind has now left the physical plane and entered hell, according to experts.

Scientists and theologians have been convinced for years that the much-prophesied end of the world actually happened last year without us realising it we are now all inhabiting the pits of hell.

The problem with this theory is that it has been very hard to prove, especially as things weren’t exactly great before.

Now, however, Tendring local council in Essex have decided to charge pensioners who are already paying for care an extra £26 if they fall over, and this is the clearest sign anyone could want that humans are now living a miserable cursed existence in the pits of hades.

A spokesperson for Tendring council confirmed that this was indeed the case, saying: “We have a responsibility to balance funding for all non-essential projects, and exist only to serve our Lord Satan, the great evil master.”

Most people were of the opinion that the Hell thing was no excuse for Tendring council’s behaviour.

“We might be consigned to Hades, being tormented for eternity by all his demons,” complained one, “But you’d still expect better standards than this.”

Others were generally relieved to have life’s great mystery explained to them. “We might all be in Hell now,” pointed out one of the damned, “But at least I finally feel like I understand the Daily Mail.”