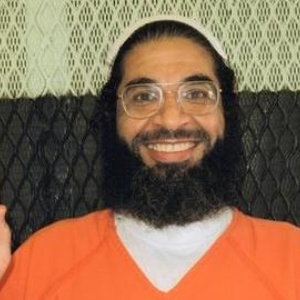 Shaker Aamerhas has told extremists to “get the hell out” of the UK and denounced Islamist attacks, but Britain First dismissed this as ‘bollocks’, calling for him to swear loyalty to the Queen, the United Kingdom and the Church of England.

Aamer had been held in captivity for 14 years, in the US government’s fight against people who, if given half a chance, would strip US citizens of their right to a fair trial.

Leader Paul Golding explained BF’s position: “If this ‘detainee’, I can’t call him a criminal for legal technicals reasons i.e. he’s not actually convicted of anything, but you’ve only got to look at him… Where was I? Oh yeah. If he joins my next mosquito invasion, clean-shaven, proper haircut – number 3 probably, holding a bacon sandwich and a pint of beer, I might reconsiderate my assessment.”

After a few more minutes though Golding said “Oh yeah, an’ his wife must be there too, wearing one of them Towie dresses, a leather thong and purple eyelash extensions. Not going to happen though is it? Muslimic scum.”

“Funny how he’s not condemned Islamicle violence for the past ten years, isn’t it?” Golding concluded. “Too little too late, I say.”