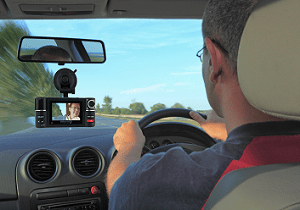 Compilation videos of three and half hours of ‘hilarious’ minor traffic offences are the reason some people will have no visitors this Christmas.

That’s the claim of a report that found a causal link between dashcam ownership and self-righteous, pompous behaviour.

“In the past, once the sherry glasses had been handed out, you knew you were in for endless photo albums that showed Simon and Heather have better holidays than us”, said Harold’s Nigel Hostage.

“But now, it’s clips of their neighbour crossing a single white line, or stopping with their rear wheels in a box junction”, sighed Hostage. “From the evidence of this film, it’s clear they followed her all the way to Devon.”

Dubbed with the soundtrack to Jaws, and the shower scene from Psycho, Hostage wondered if his neighbours weren’t being a little melodramatic.

“I wouldn’t mind if there was the odd crash”, he admitted. “But Mrs Johnson seems to be a very careful driver. And fast, too: at times Simon was struggling to keep up.”

Sadly for Hostage, there was only one highlight in the video. “And for some reason, that bit was edited out”, he explained.

“Simon and Heather were laughing out loud at how carefully Mrs Johnson was negotiating a family of cyclists, when the image faded out. When it came back, the windscreen was cracked, and the wipers had red on.”

Mr Hostage won’t be visiting his friend Simon any time soon, although he has since ‘shared’ his video. “As a result, I don’t think he’d appreciate me dropping in to see him in Holloway.”