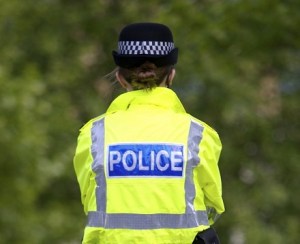 Another day another tasering for PC Flegg

Harold pensioner Elsie Duggan was arrested on charges of possession with intent to supply after being found with a bag of sugar with a street value of 99p.

Police say Miss Duggan, 86, said the sugar was for her own use explaining that she’d always had a sweet tooth, but inquiries soon revealed she was a pusher.

“She insisted other residents of the Over the Hill rest home had ‘one lump or two’ in their tea” explained PC Flegg. “And her so-called ‘marijuana cookies’ turned out to have sugar as their secret ingredient.”

“It was obviously deliberate dealing otherwise why would she have labelled the bag of sugar ‘cocaine’ to throw us off the scent?”

Harold Mayor Rufus B Jackson said the tasering and subsequent locking up of Miss Duggan will serve as a wake-up call to all villagers.

“If we don’t change our ways there is the terrifying possibility that Jamie Oliver will come to lecture us.”