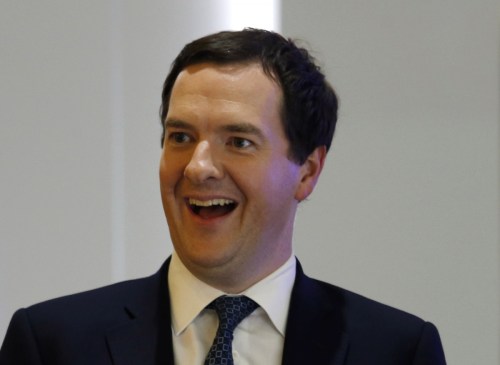 The Chancellor of the Exchequer has promised to bring tried-and-tested private sector pension-fiddling to the public sector.

Mr Osborne’s Conservative conference speech today was peppered with trademark off-the-cuff humorous quips and interrupted by literally seconds of applause, from up to a dozen of his audience at a time.

“I’ve found new ways to fund the British infrastructure.” he told a spellbound audience. “We’ve 89 different local government pension funds, that’s just over a hundred. But astonishingly, they invest little or nothing in our infrastructure. Something called fiduciary duty..?” he added “It wasn’t covered in GCSE economics. Possibly something the socialists dreamed up.”

Mr Osborne undertook to work with councils to create instead British Wealth Funds to save £millions in costs. “Crucially, they’ll invest billions in the infrastructure of their regions, whatever financial risks are involved.” he asserted.

“I’m willing to learn from voices across the political divide.For example, this little pensions trick is something I learned from Robert Maxwell.”