Producers of ‘Who Do You Think You Are?’ regret asking Prince Harry 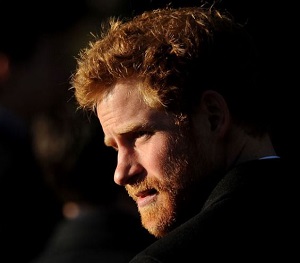 Prince Harry will not appear on the popular genealogy show ‘Who Do You Think You Are?’, a coroner for one of the producers has confirmed.

Despite being third in line for the throne, Harry Windsor has a noticeable jaw and some hair left. The BBC family tree programme will not be finding out why.

“We don’t think anyone’s that interested”, said a researcher through the telecom of their panic room. “That’s what the director said, just before he stabbed himself in the back.”

Advances in technology now allow a person’s DNA to be identified from a cheek swab in a matter of minutes.

Sadly, Prince Harry is incapable of producing saliva, revealed the widow of the show’s technical consultant.

Although it’s also possible to trace ancestry from a single human hair, programme makers weren’t able to find any that weren’t ginger.

“You don’t get ginger Germans”, reads the headstone of the series’ scientific advisor. “That one must have come from someone else.”

Prince Harry will instead appear on an episode of Celebrity Bake Off, where his Irish soda farls caused a sensation.

“Mmmm, these are awful”, gushed a badly bruised Paul Hollywood, as he crammed a fourth into his mouth. “They don’t taste Irish at all, they’re more like a good old British olive and retsina schwarzbrot.”

Comments Off on Producers of ‘Who Do You Think You Are?’ regret asking Prince Harry

Tagged as BBC, family tree, father, Harry, who do you think you are