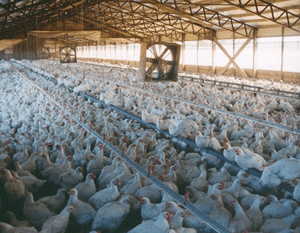 Cecilia was a ‘one off’, although her sister was a chicken bucket.

Cecilia had lived to the ripe-old age of 34 days, before she was cut down in her prime fillets.

Loved by everyone who had seen a picture of her on Instagram just after her death, Cecilia was brutally killed to fulfil hygienist Wesley Evan’s sick desires.

“He just waltzed in here and ordered a Zinger”, said employee Brian Hostage. “And he asked for the head, so he could hang it on his wall.”

“That disgusted me a bit, because it’s OK to be cruel to animals if they taste nice. But you shouldn’t enjoy it. This isn’t a Nando’s.”

Wesley Evans has gone into hiding since the incident. “I didn’t realise that everyone in the world with access to social media had a deep connection with this chicken”, he sobbed.

Comments Off on Outrage as hygienist eats ‘Cecilia’ the KFC chicken