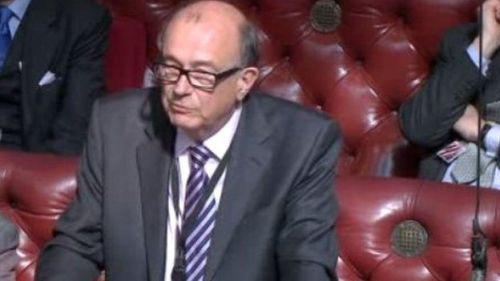 “Psst, could you do that more quietly? No-one else knows you’re down there.”

Speaking from underneath another client this morning, one of the women said she felt betrayed by Sewel’s silence about his day job.

“I assumed he was a drug dealer or a pimp” said ‘Janice’ “so I was disgusted to find that he was in the House of Lords. Would you excuse me, just got to finish…”

“In hindsight” she added shortly afterwards “I should have known he was a loser when he used a fiver to snort cocaine of my tits. I always use a twenty myself; a girl’s got to have standards.”

Although Janice is uncertain what effect the revelations will have on her own career, Sewel is already expected to have a great future in French politics, according to Dominique Strauss-Kahn.

Comments Off on Exposed: Prostitutes romp with £300 a day Lord Sewel