Blair steps back as Peace Envoy: peace in Middle East back on track 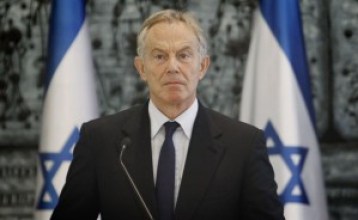 Stranger to reality and best friend to human rights abusing dictators the world over, Tony Blair, is to step back from his role as Peace Envoy in the Middle East. Citizens of Palestine and Israel have breathed a sigh of relief and spoken of a renewed belief in the process now it won’t be held back by the presence of a man who in the course of his political career has done as much for peace as Jack the Ripper did for feminism.

Tony Blair was unavailable for comment this morning however insiders believe that he is looking forward to living a quieter life and spending more time with his money.

Comments Off on Blair steps back as Peace Envoy: peace in Middle East back on track