Putin’s investigation into opponent’s assassination concludes it was Professor Plum, in the library, with the lead pipe 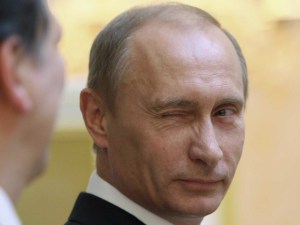 Vladimir Putin’s wide ranging and extensive investigation has concluded the murder of ex deputy prime minister and his political opponent Boris Nemtsov was probably carried out by Professor Plum, in the Library, with the lead pipe.

Speaking to reporters, Mr Putin said: “I have looked at all of the clues, all the evidence and had a sneak peak at the special envelope containing the cards and it all points to it being Professor Plum and definitely not the KGB, from the Kremlin, with a Kalashnikov.

“Now that is cleared up the investigation will stop and no more questions need to be asked. Any questions? No? Good.”

He then suggested a life-sized game of Monopoly in London.

Prime Minister Dmitry Medvedev said Mr Nemtsov was a “principled person” who “acted openly, consistently and never betrayed his views”, before adding “which was a shame really, because he seemed like a nice guy”.

Before his murder Mr Nemtsov said he was concerned that Ex-KGB man and psychopathic loose cannon Vladimir Putin would have him killed as punishment for his opposition to the war in Ukraine, however Mr Putin says “I definitely did not employ Professor Plum who we have established was the assassin, remember? I thought you would.”

Comments Off on Putin’s investigation into opponent’s assassination concludes it was Professor Plum, in the library, with the lead pipe