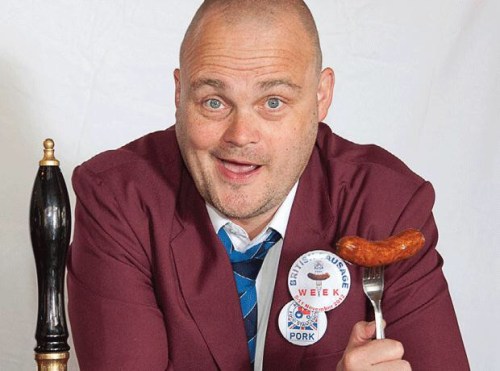 Far-right Facebook memers Britain First have called upon their members in South Thanet to vote for Nigel Farage and not “that muslim fella, al-Murray”.

“I’ve seen pictures of him with what seems to be some sort of evil muslim juice in a great British pint glass. That’s worse than depicting a prophet.

“He’s already taken over a pub and changed the menu so they only serve Halal crisps, Halal peanuts, and Halal pork scratchings, let’s not let him take over parliament as well. Parliament is no place for those that want to bomb people.”

In protest against Al Murray’s decision to stand, Britain First have organised a picture with a link to their shop, so people can show their disapproval and ignorance with a badge, Hoodie, or a ‘my mum never let me play soldiers’ uniform

Comments Off on Britain First convinced al-Murray is a Muslim