Relief that Ed Miliband will be put down later this week 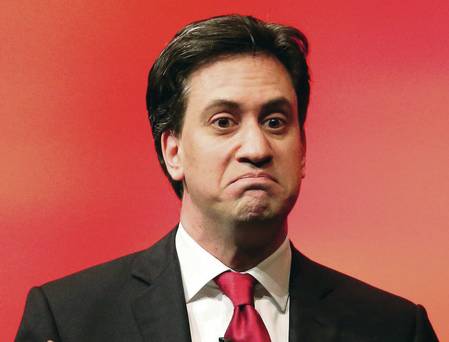 “Hmm. I don’t think much of the leader either. Who is he?”

Shadow Ministers will arrive at ‘work’ today with a spring in their steps, knowing that, as a final act of kindness, Ed Miliband will be culled before the weekend.

Lord Kinnock’s ringing endorsement of Labour’s human drag-anchor was the penultimate nail in the near-complete coffin, according to Lady Kinnock.

“Good grief! Neil didn’t know he was leading us to defeat, even when he’d already done it once before. As soon as I heard him talking-up Ed on Radio 4, I got my black dress and veil out of the attic and straight round to the cleaners”.

Colleagues queuing for tickets to stab Ed in the back, debated when the deed should be done. Some favoured Remembrance Day, with the nation’s attention elsewhere for a minute at 11am; others Friday morning, to allow the new leader a  full weekend before calls for their resignation begin.

“Yes, it was only this morning that I noticed Ed was useless,” briefed a potential leadership candidate yesterday “but you can trust in my vision for economic prosperity. Sorry, gotta go, Yvette’s doing a Sunday roast.”