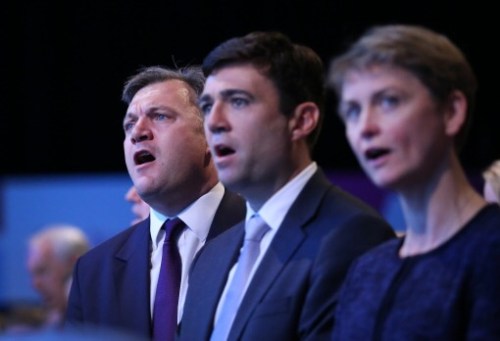 Balls, Burnham and Cooper react to Ed’s assurances he won’t step down

Yvette Cooper and Andy Burnham have strenuously denied having a meeting to discuss plans to make Labour win the next election.

The meeting between the two was to discuss the possibility of Ed Miliband launching his best policy to date, his resignation.

“Sure we had a meeting, but it had nothing to do with us becoming leaders,” Mr Burnham explained.

“Why would we want discuss the only chance this party has of winning the next election?”

Ms Cooper added: “The fact we were practicing eating bacon sandwiches in front of a mirror is a pure coincidence”

However insiders say if they are betraying the party and sneakily looking at ways to make Labour electable then it would explain why they keep putting a pound in Ed Miliband cup of tea and asking ‘did it look like I cared about the little beggar?’.

Despite all the evidence that they were keen on Labour regaining power in 2015, Mr Burnham told us that even if he wanted to stab his leader in the back it would be almost impossible.

“I wouldn’t have the tools,” he said. “It would take an effort not seen since King Arthur pulled Excalibur from the rock to get the knife out of David Miliband’s back.”