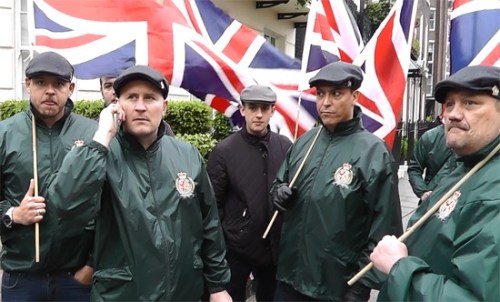 Far­-right Facebook picture sharers Britain First have called on their supporters to boycott reading after some words were written about them that were critical and questioned their practices.

The group, which is a splinter group of the BNP set up by disgruntled party members, made the call to action following their boycott of The Sun for criticising their use of Lynda Bellingham’s death to garner support and on the Daily Mail for being too socialist and left wing.

“The trouble with reading is that people don’t always say what you want them to,” Britain First leader Paul Golding explained. “So the best thing to do is stop reading.”

“Reading also has the power to educate, possibly building tolerance. After our last campaign asking our followers to not trust words of more than two syllables on account they may be German, using tolerance around us is like calling a black person the N word.

“Just share pictures of puppies and poppies with a link to us, and ignore the hate speech written in words. That’s our message.”

Not content with asking his followers to stop reading things, Goulding went on to explain the link between reading and terrorism.

“The Muslamic Islamonians are a perfect example why we shouldn’t read. Did you know that Malala Yousafzai is working hard to get young muslims the right to learn to read? As soon as they do that then they can read how to make bombs and kill us all.

“More proof that reading is evil, so we are telling our followers to boycott it, opting instead for a misleading picture and a link to give us money.”

Followers of the group have welcomed the call saying they should be able to adjust to not reading easily. “Telling me not to read is like telling me not contribute to Wikipedia,” one Facebook fan tried to write on the group’s page.

“Even if I wanted to I would find it a struggle and there would be a real danger I could gain some facts. Facts are like bloody foreigners. We hate them but all know one we can pull out to prove we’re not racist.”

Another said he was glad the action was against books and words stating: “I nearly boycotted the whole of Berkshire”.