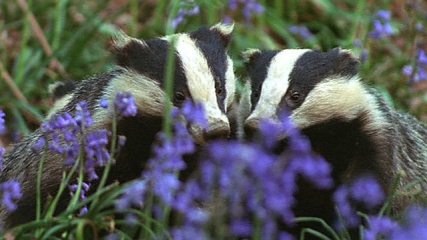 Badgers are ramping up their campaign of mass non-violent civil disobedience ahead of a new cull instigated by Defra.

“Last year’s cull was concluded to be neither effective nor humane by an independent expert panel,” Manky Kevin co-leader of Harold’s badger colony told us. “Makes the government pretty special thinkers to know that and decide the answer is to shoot at us some more. The solution to Noel Edmonds isn’t having him on TV all the time, is it? Less is more with bullets, and with beardies.”

Furry Rita, Harold badgers’ other leader, said that Defra were proving that they know nothing about badgers by not taking into account how their habits change in autumn.

“We spend far more time underground,” she said. “It’s warm and easy to make plans. I can’t tell you what they are but if Elizabeth Truss comes down to the woods today she’s in for a big surprise.”

“With these culls the government are doing something over and over again and expecting different results,” Furry Rita observed, “Don’t know about you but that sounds like the definition of a bunch of ***** to me.”

Comments Off on “We’re going to move the goalposts up Defra’s arse!” Defiant badgers prepare for new cull