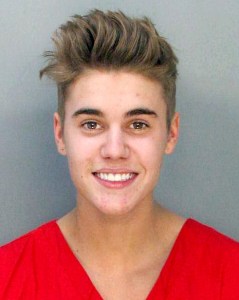 There were tears across the globe this morning when news leaked that Justin Bieber’s plea bargain defence for illegal street racing will be accepted. Meaning that the half-man half-hair moussed jackal is free to continue his spree of crimes against music.

“This is madness,” said Harold resident and keen pop culture fan Jane Hough. “What offence does Bieber have to commit before the law will properly intervene?”

According to a source deep within his organisation following his brush with the law Bieber, 20, is now taking his career in a new direction and intends to become both James Bond and Prime Minister of Canada, a goal he could easily achieve thanks to his dedicated fans if the voting age is lowered to nine.

First he is concentrating on releasing his tenth album in four years and gaining some autonomy over his entourage by learning how to tie his own shoelaces.