White feathers handed to villagers who left lights on after 10 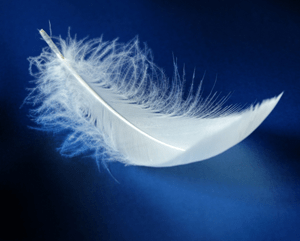 News of the incident could only morally be watched later on iPlayer.

An angry mob is forcing white feathers into the hands and letterboxes of homeowners who failed to correctly mark the beginning of WWI.

As social media networks led a call to switch household lights off at 10pm last night, Harold villager Pippa Delaney recognised a perfect chance to express fake indignation about those that didn’t bother.

“As far as hollow gestures go, flicking a switch to commemorate 37 million casualties of a war was one of the emptiest”, said Pippa Delaney. “Which is why I knew some wouldn’t bother. I’d grabbed a small duck and was hoiking the feathers out before I’d even whipped up a misplaced sense of moral outrage.”

Dozens of villagers took to the streets, noisily noting the addresses of those that hadn’t complied. “My father never knew his grandad because he was killed in the war”, said Delaney. “He was shot in the face by one of those sods on the other side. But if he had been alive to meet him, he would have underlined the importance of unthinking compliance. It’s exactly why he went to war in the first place.”

One of the first homes targeted was that of farmer Dave Evans. He reacted angrily to claims that he’d snubbed World War I.

“We didn’t know about this campaign because we don’t watch the news”, he insisted. “Not since we threw away our telly 12 years ago, to mark the end of the Boer war. The rejection of an electrical appliance seemed the best way to pay our respects.”

Pippa Delaney wants to see those that didn’t conform publicly humiliated, and has also called for her father’s name added to the war memorial. “He may have been German, but we’re all friends now”, she insisted. “Except Evans. He should have disabled his security lights before we went into his garden to catch him out.”