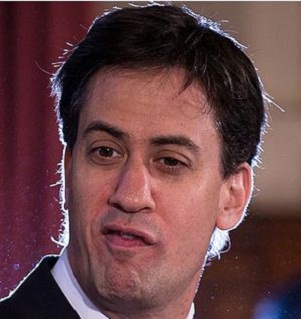 Gaffe prone Labour leader Ed Miliband has done it again by demanding that Russia are expelled from the Commonwealth Games as a reprisal for the shooting down of flight MH17, apparently ignorant of the fact that Russian aren’t a member of the Commonwealth.

Speaking off the cuff at a Labour fundraising event, Miliband seized the opportunity to demonstrate his grip on foreign policy when a supporter mentioned the anguish of the bereaved still awaiting the return of loved ones

“It is time for tough action,” said the doomed leader firmly. “If David Cameron were a real statesman, he’d immediately expel Russia from the Commonwealth Games,” adding, “in fact it’s amazing that this hasn’t been done this already.”

When it was pointed out that Russia weren’t participating in the Games, Miliband looked uncomfortable and said “Oh! Cameron’s kicked them out? Well, I’m 100% behind that decision because it was my idea in the first place.”

Later, a Labour spokesman said “Ed Miliband is, of course, fully aware that Russia is not a member of the Commonwealth. His confusion was due to a light hearted text which his brother had sent him earlier in the day which Ed had misinterpreted. It was just a joke which went wrong.”

When asked to comment, former Foreign Secretary David Miliband, beaten to the Labour leadership by his brother, said darkly, “Who says the joke went wrong?”