‘We would have beaten Germany’ insists Roy Hodgson 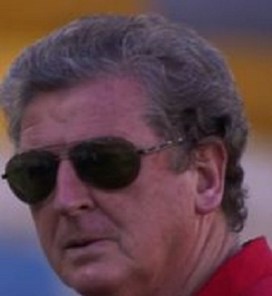 Currently on the run: may be delusional.

England coach Roy Hodgson has come out of hiding to give his astonishing opinion on Germany’s 7-1 destruction of Brazil in last night in the World Cup semi-final.

Wearing dark sunglasses and a dazed expression which could have been down to too many Piña Coladas, sunstroke or simply age, the man who lead England to elimination after only two games maintained that his England team could easily have beaten Germany to secure a place in the World Cup final.

“Player for player, my boys are better than Brazil so we would have put up a far better fight,” he argued. “For example, Alex Oxlade-Chamberlain is far better at being injured than Neymar, Oscar has nothing to declare and in my opinion Gary Cahill has a much smarter haircut than David Luiz.”

“I’ve been in the game a long time and it’s these things that count when it comes down to it.”

When asked what he would have done if England had found themselves 5-0 down after 30 minutes, Hodgson grinned knowingly. “I’d been planning for just such an eventuality,” he said triumphantly tapping the side of his nose. “I kept my firepower on the bench. If we had been five nil down, I would have immediately sent on Rickie Lambert and specifically instructed him to score six goals.”

One Response to ‘We would have beaten Germany’ insists Roy Hodgson