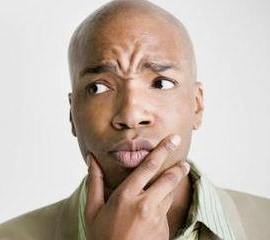 “So one ball starts in the middle but then what happens to the quaffle and the bludgers?”

Despite the almost world wide interest and obsession with the World Cup, a Harold man today admitted he has neither any interest in it, nor the first clue what is actually going on.

In a move almost guaranteed to see him mocked, derided and shunned by 95% of the male population, villager Darryl Alesworth admitted in a pub conversation that he has to ask his wife to explain what is going on on the big grass patch on the tv.

“To me, it just looks an awful lot like a bunch of over-preened and under-intellected blokes running around and falling over,” Alesworth explained.

“If I’m sitting with the blokes and the soccer is on the telly, I take my cues from the sort of noises the other blokes make. For example, if Dave suddenly yells ‘Foul, referee’, it gives me an idea that something not too good has happened so I follow up with ‘shocking decision’.

“But if Gary let’s out an ‘Oof!’ sound it’s a bit ambiguous and I have to wait for follow up mutterings to guess what’s going on.

“Luckily I do have an advantage when we are watching England. All I need to do is every five minutes audibly mutter ‘oh for f**k sake, England”.

The admission has come as a surprise to his friends, with one even saying he feels dirty after they shared a goal celebration hug together.

“He hugged me on false pretenses. He wrapped his arms around me as we both jumped up and down. If he didn’t have a clue what we were doing then those actions are just wrong.”

However, his friend Dave was upset for different reasons. “I could tell he didn’t really have a clue what was going on on the pitch, and that he seemed to be tactically inept, and he spoke about as much sense as Robbie Savage, but I just thought he was David Moyes in disguise.”