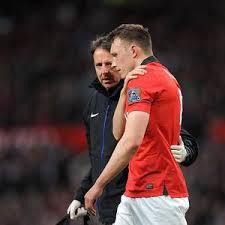 Many English Premiership footballers have only one game left in which to plan and suffer a devastating injury.

The prize at stake is missing the national team’s humiliation in Brazil and enjoying a long lazy summer with their cash and other close friends.

Arsenal’s Theo Walcott submitted a sick note as long ago as January, confirming his status as a true visionary in the eyes of his fans.

Phil Jones of Manchester United is still undecided about going but bought himself valuable time this week with a precautionary shoulder injury, giving him the chance to make his mind up whilst waiting for a doctor’s opinion.

Neither Jay Rodrigues or Andros Townsend were ever likely to go, as they sound a bit foreign to most England supporters, but got themselves signed off by their doctors just in case

With time fast running out, Premiership managers up and down the country are being pressurised by players who, through no fault of their own, are suddenly in contention as others drop out.

“The gaffer knows that, even if I’m struck by flu and breathing through a nebuliser, he must play me this weekend” said Stoke’s legendary fouler Ryan Shawcross, whose good season puts him at unexpected risk.

“I’ll only need five minutes on the pitch to clatter someone, pick up an ironic injury and avoid selection.”

Others with slightly less of a chance of boarding the plane to Rio include Harold Thursday’s top-scoring Darwin Philips who headed the winner in the last match of the season “I would love to of gone to Brazil.” said a tearful Philips “It would of been a dream come true but I have to rule myself out because of an injured forehead.”