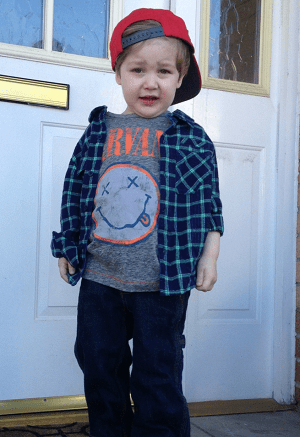 A music critic has poured scorn on a recently revealed suicide letter, found on the body of Kurt Cobain.

The Nirvana frontman left the ‘derivative’ and ‘pedestrian’ note in his wallet, before shamelessly copying Jimi Hendrix, Jim Morrison and other stars by dying while aged 27.

“This note, with its tired references to his wife, drugs and money, is the sort of thing that’s been done hundreds of times before”, said Q Magazine’s Gregory Mallard. “But normally with more nuance, or at least an occasional change in tempo.”

Mallard writes at least three times a year about how disappointing the album ‘In Utero’ was, and claims to have a tattoo on his back stating ‘Nirvana were sh*t’. Some of his colleagues dispute its authenticity, however: it’s often muttered that it ‘would come out with Bleach’.

A supposed creative cul-de-sac is a recurring theme of Mallard’s. “The band had nowhere to go musically, they were never going to top Nevermind”, he writes regularly. “It’s a shame he’s gone because I could have started every album review with that line. And I was really looking forward to rubbishing their upcoming tour.”

Cobain shot himself with a 20-gauge shotgun, a weapon Mallard described as being ‘for pussies’. “If John Bonham or Keith Moon had decided to shoot themselves, they’d have used a grenade, or an ICBM. It was typical of Cobain, acting like a troubled, normal man rather than some wannabe God that we could worship at the altar of rock.”

Mallard hopes that the suicide note will be reproduced on a range of t-shirts, so he can sneer at anyone wearing one under the age of 40.

“It’s a real tragedy, to see Cobain’s suicide note on the chest of ones so young. Such a waste, they’ll never understand how much I loved slagging that guy off.”