‘No cure’ for addiction to cold turkey 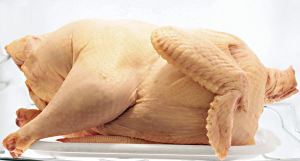 You are what you eat.  This is Connor Harris.

Harold GP Dr Evans has warned that no cure may ever be found for a patient’s addiction to cold turkey.

Fifteen-year-old local lad Connor Harris was already obese due a junk-food obsession. But his life took a dramatic turn when he started ‘experimenting’ with cold turkey late on Christmas Day. By Boxing Day, his addiction was cemented.

“There was certainly an element of social pressure that fateful evening,” said Dr Evans, “but it was mainly down to his personal desire to consume a savoury snack at precisely the moment his mum handed him a plate of cold turkey.”

“Personally, I’ve had enough turkey for one year after cooking the basted thing,” said Connor’s mum Ange Harris, “but, as Dr Evans has explained, it depends on whether the individual carries the cold turkey addiction gene.”

Dr Evans has been working closely with Connor to gain a better understanding of the dependence in the hope of finding a suitable course of treatment. Local psychologist Dr Freya Anderson has also now been brought in on the case.

“I took Connor to Tesco Express,” said Dr Anderson, “and monitored his reactions as we approached the cold meats aisle. He was noticeably excited as his eyes scanned the shelf looking for his favourite pack in the Bernard Matthews processed meat products range. I kept saying ‘What about some ham’ and ‘That pork loin looks nice’ but, no, it had to be the turkey, so we bought a pack and a loaf and spread and I have to admit we had a very nice lunch together.”

The case has highlighted tensions between NHS doctors operating in the very different disciplines of physical health and mental health.

“Dr Anderson prefers some form of Cognitive Behaviour Therapy,” said Dr Evans, “but my own approach would have been to put him in a straightjacket and dangle the turkey just in front of his mouth while treating him with electric shocks to his genitals.” However, that approach was ruled out after Connor admitted he already does that sort of thing in his bedroom.

Whatever the final outcome, both doctors have agreed that there is no chance of convincing Connor to ‘exercise a bit of self-control’ about his addiction.

“Ideally, he should just use his willpower to lay off it for a while,” said Dr Evans. “Okay, he’ll suffer withdrawal symptoms, maybe lose sleep and sweat profusely for a few days. I know he’s not yet ready for that sort of regime, but when the right moment comes, I’m definitely going to suggest he tries cold turkey.”

Comments Off on ‘No cure’ for addiction to cold turkey