Duchess of Cambridge Down Under: desperate search for photogenic disabled kids for her to hug continues 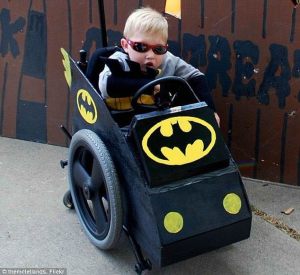 This kid was rejected for being too damn cool

As the Duke and Duchess of Cambridge begin their tour of New Zealand and Australia the hunt for the most photogenic disabled or seriously ill children in both countries has intensified. It is a requirement of the tour that Kate is photographed hugging at least three sick or mobility impaired children a day and finding ones that fit the criteria laid down by Buckingham Palace is proving to be a tough job.

“It’s a nightmare,” self-styled ‘kid wrangler’ Abbie McClain told us. “I’ve sourced children all over the world for Madonna, Angelina, Oprah, the list is endless. Whenever a vastly rich woman wants to be seen with their arms around a poor or ill or mostly stationary child I’ve found them the perfect one. I also arrange the adoption afterwards if any of the women chose the take-away option.”

Ms McClain showed us a document from the Palace which stipulates that the children the Duchess of Cambridge needs have to be “extremely beautiful and camera friendly: no jerking, lolling or drooling. Must have both eyes pointing in the same direction. No weird accents, clingers or tubes.”

“I’ve been looking for weeks,” said Ms McClain. “But Australia is mostly empty and New Zealand is mostly sheep. We might have to go with Plan B instead.”

She went on to explain that Plan B involves the Duchess standing before the world’s press twice a day holding a succession of lovely little kittens.

“Although that could be deemed controversial,” Ms McClain conceded. “No one minds kids being exploited but mess with cats and people really get the arse.”

One Response to Duchess of Cambridge Down Under: desperate search for photogenic disabled kids for her to hug continues