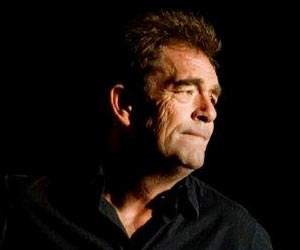 80s pop legend Huey Lewis is suing his orthopaedic surgeon Dr. Nigel Trent, after being fitted with a cube-shaped hip replacement ‘for a joke’.

Lewis (63) nearly died during the operation, which left him in crippling agony and paralysed down his right side.

“The surgeon was chatting with one of the nurses, and she mentioned my smash hit ‘hip to be square’. I saw a smile cross his face, but I thought nothing more of it”, explained Lewis. “When I woke up after the op, all the staff were giggling as they showed me a replica of the square hip joint they’d fitted.”

Lewis was appalled. “I tried to move, but the pain from my right hip was excrutiating. I could feel the point of the metal cube grinding against my pelvis.” Lewis had barely moved when the edge of the block began to saw through the sciatic nerve: “I blacked out. I don’t know how long I was out for, but I woke up laying in a pool of liquid on the floor.”

“My hair was matted with sick and I’d been passing blood. My leg was in spasm, and every spasm took the unbearable pain a notch higher. I was desperately clawing at the stitches, trying to get this abomination out of me. I just didn’t find the joke funny at all.”

It’s not the first time the controversial surgeon has been in hot water. The patent office is refusing to accept any more letters from Dr. Trent, following a string of bogus applications for patents on hearts made of glass, gold and wood.

Trent previously faced a criminal investigation when he was a junior doctor, following the death of Janis Joplin in 1970. Little pieces of her heart were found at the hospital where he was training, many of which had been broken deliberately. No formal charges were made.

But the surgeon’s lowest point came in 1986, when he was arrested in Roy Orbison’s bedroom just weeks after performing knee surgery on the star. Carrying a surgical saw and a cloth soaked in chloroform, the doctor explained to police that he was just trying to retrieve a patella that belonged to him.

“I don’t know what Orbison is crying about”, claimed Trent. “I told him it was only the loan knee”.

Tagged as 80s, hip to be square, Huey Lewis and the News, music, surgery