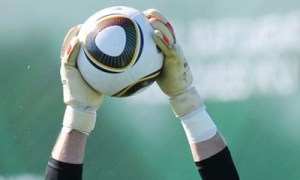 QPR buy a safe pair of hands for Robert Green

The English Football Association and English Premier League have bowed to pressure from clubs and introduced a January transplant window. The move will help both smaller clubs who struggle to afford a whole player in today’s overheated market, and the marquee clubs who want to improve a star player’s weak spot.

The first few days of the new transplant window has seen numerous deals.

As expected, Premier League aspirants Queens Park Rangers have gone to the market for a safe pair of hands for Robert Green, and Peter Schmeichel’s large mitts have been secured for a 7 figure sum. Robert Green welcomed the news of the record transplant saying: “It won’t change me one bit, well apart from the fact that I’ll now be able to catch the ball of course.”

In an effort to turn their season around, Manchester United has made a number of transplant moves. Michael Carrick’s Achilles heel has been his Achilles heel so it is no surprise that David Moyes has bought him a new Achilles heel. And Wayne Rooney’s legs have been transplanted to an as yet unnamed Chelsea player for £50,000,000. The deal values Rooney’s legs at more than the club would have received if he was transferred outright which means the now legless Rooney can take a free transfer to the local Poundland.

There has been hot bidding for Luis Suarez’s sense of balance, ie non-existent inside the penalty area, but Liverpool have indicated they want to hold onto their star player’s star attribute. Suarez’s teeth are however still transplant-listed with Millwall showing strong interest.

Chelsea made a predictable move to prolong John Terry’s career by going to the transplant market for a fresh pair of legs, but surprised most people by securing Anton Ferdinand’s legs. The move has already caused controversy with Terry forced to deny that he has called himself a ‘f**ing black c***’ and confused Chelsea fans wondering whether to throw half a banana onto the pitch.

The large prices already paid for in-demand body parts means the transplant window may not be achieving its aim of reining in costs, with Harold Thursday manager Roger Brendan complaining that it still costs “an arm and a leg to buy an arm and a leg.”