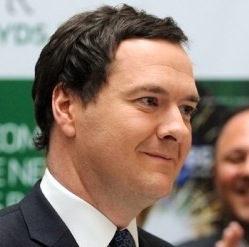 “We have come a long way, but the job is not yet half way done”. These were the words of George Osborne’s hairdresser yesterday when talking about the now famous ‘Austerity Cut’ he has been working on for the past few months.

“We have gone some way with this cut but will need to complete at least a further £25 worth of cuts to get things looking a little bit more respectable,” he continued.

“Most of the cuts made already have been to the front line, or ‘the fringe’ as us hairdressers call it.”

Mr Osborne is thrilled with the work done so far and says by letting his barber go at it like a butcher working on the cheap means he won’t have to borrow any money to get the job done properly.

Some people have reacted angrily to the news there are more cuts to come. “The only thing the cuts so far have achieved is making him look even more smug than usual,” shadow chancellor Ed Ball said. “His hair has been left in tatters and any future cuts can only make it worse and damage what little growth there is.”

Osborne’s hairdresser responded to the criticisms saying the shadow chancellor was just jealous as he refused to give him a ‘number one all over’ stating “although I trim the hair on a c**t I refuse to shave balls.”

Asked what it was like to have George Osborne as a customer he said: “It’s ok, but he does have one weird habit. He likes grabbing the broom and sweeping the hair from Alistair Darling’s haircut whilst shouting ‘I’m just clearing up the mess left by the last chancellor’.”