Secret society still not getting credit they deserve for averting apocalypse 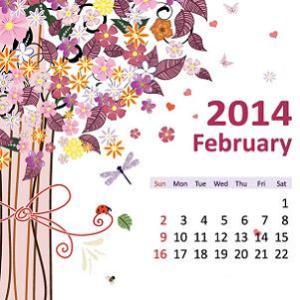 Where’s the rest of the month? Oh…

As the date of the latest apocalyptic prediction draws closer, with the Viking apocalypse Ragnorak set to occur on February 22nd, the leader of a secret society dedicated to the protection of mankind has bemoaned their continuing lack of recognition.

“People noticed that Gary Barlow and David Beckham were not knighted in the 2014 New Year Honours List, but nobody batted an eyelid at the fact that all of our members were overlooked once again, despite having prevented the end of the world numerous times.” complained a man who insisted on being referred to as ‘Grand Master’.

“Do you know how many apocalypses we have prevented? Do you even know whether ‘apocalypses’ is the correct plural of ‘apocalypse’? Should it be ‘apocalypsei’? No, I don’t know either, and do you know why I don’t know? Because it should only ever happen once so there shouldn’t even be a plural.”

“But our members continually battle supernatural forces to prevent the destruction of humanity and all without a word of thanks. Then a footballer who is famous for prancing around in his pants doesn’t get a knighthood and people are up in arms. I’ve had just about enough of it.”

Expert historians have calculated the date of the Viking apocalypse as now being less than two months away, an ancient horn was sounded in November to signal the start of a 100 day countdown to the end of the world, and the Grand Master says that he might just let it happen unless his society is finally given the credit that they deserve.

“Everybody should know of us, there should be museums honouring our achievements and people should give thanks every day that we are out here looking out for them. But we continually go ignored. Predictions that the world would end at the turn of the millennium were dismissed but the only reason that it didn’t was because we prevented it.”

“Then just last year people laughed as the Mayan prediction for the end of the world came and went without incident. Only without incident if you weren’t there, I lost two good men on that day. And now we have Ragnorak. Well if we don’t get some thanks soon then you can look to somebody else to save you this time because I’ve had enough.”

“Is David bloody Beckham going to turn up in his pants and fight giant serpents to prevent the earth from sinking into the sea? I doubt it very much.”